For the end-of-season staff party at work, we decided to throw a little party! As always, we do something a little bit out of the ordinary, and this occasion was no different! We each chose a country to represent, created a costume and brought food from that country. My boss chose France, and I made her costume (a Mr Kipling's French Fancy!)... 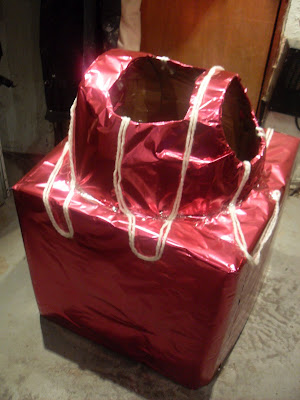 I knocked it together in my lunch hours over the course of a week. The costume was made entirely from a cardboard box, pink wrapping paper and some white wool... it's amazing what can be achieved from such humble items! 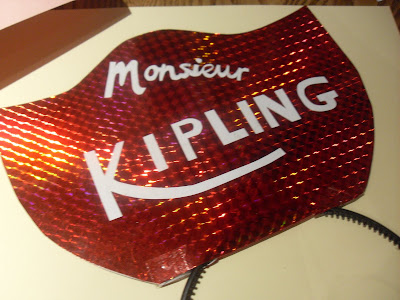 I also made a headband to accompany the outfit... a Monsieur Kipling headband... 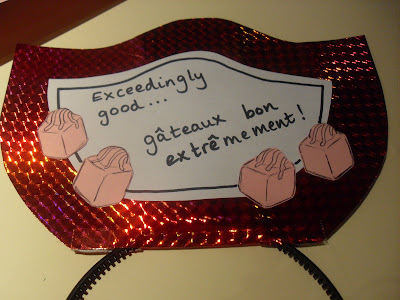 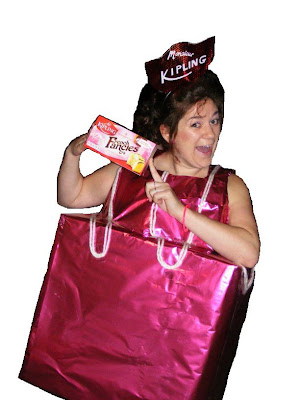 My boss representing France as a French Fancy (despite the fact that French Fancies are not actually French, but a British version of Petit Fours) and she brought baguettes and cheese. 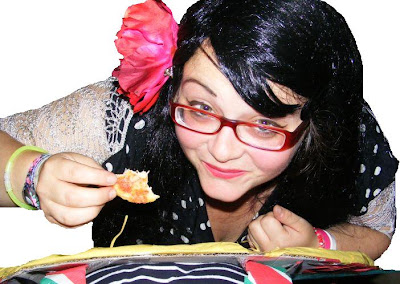 I represented Spain, came as a flamenco dancer and brought: "Paella" (aka vegetable rice) "churros" (aka yumyums and chocolate sauce for dunking) and chicken+chorizo skewers. 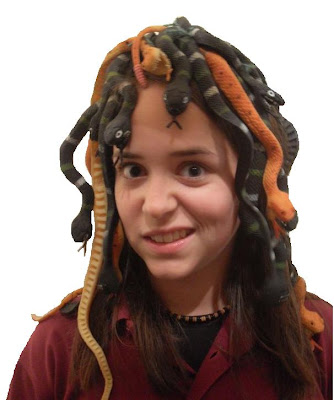 My sister represented Greece, dressed as Medusa - I made the serpenty headdress! (on the night she changed into a toga with sandals) and she brought a bit of a meze platter including olives, koftas, hummous, tzatziki and more! 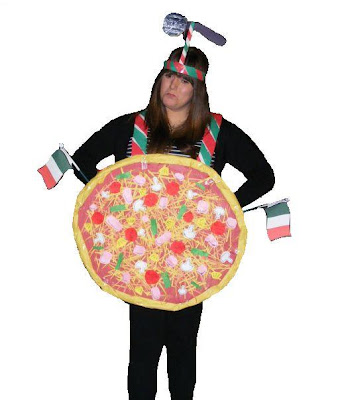 Joanne represented Italy, came as a pizza (including a pizza-cutter hat!) and brought yummy pasta and mini pizzas. 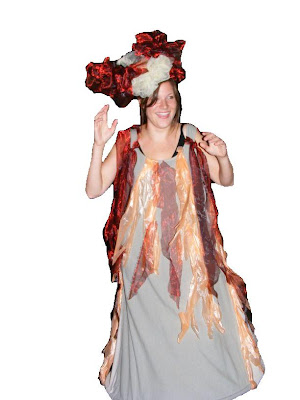 Fran represented Iceland and came as their, wholly unpronouncible volcano, Eyjafjallajokull, including ash cloud headpiece!
Posted by Abbie at 09:10

These are the most creative costumes ever. Love the French fancy but I think Fran's volcano may just be the winner for me.