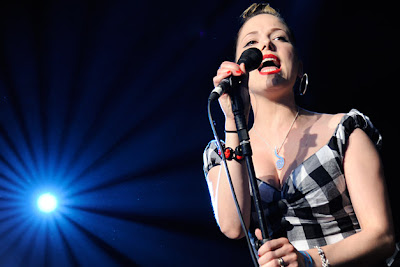 Imelda May is my new style icon. I bought tickets to see her in Leeds last year, but the gig was rescheduled for February. I cannot wait, I've had her two albums on repeat on my way to and from placement for the past few weeks, I can't get enough of it! I love her retro style with the trademark two-tone quiff, red lipstick and curve-hugging vintage-style dresses. Imelda just oozes "cool" and I've not seen her in an outfit I havn't liked yet! 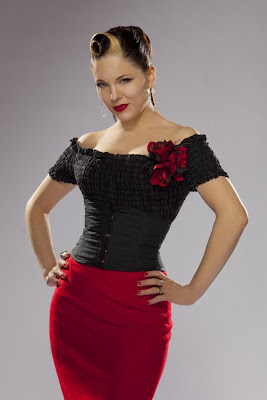 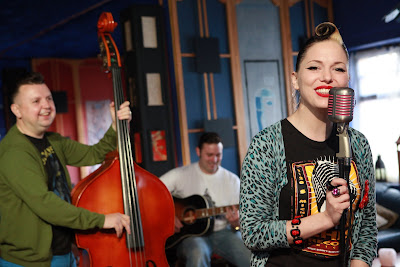 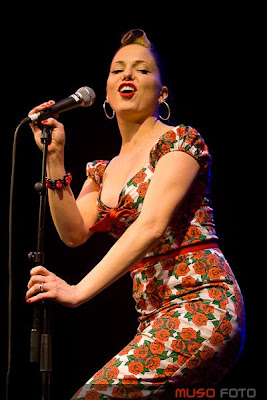 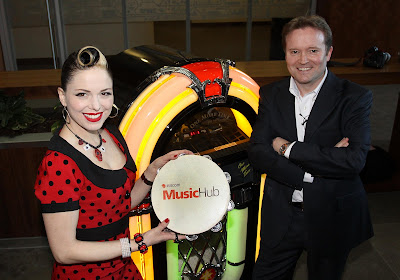 I love this dress... I think you'll only need one guess why! (*whispers* it might just have something to do with the polka dots!)
Posted by Abbie at 12:26 6 comments: Links to this post 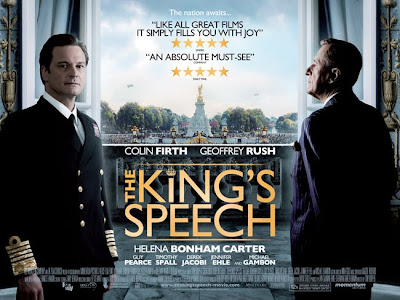 While on my final teaching placement I haven't found very much spare time to blog... but after going to see The King's Speech today I have been compelled to break my blogging silence. It's most definitely the best film I've seen in a while. It has already achieved critical acclaim with critics saying "you'll be lost for words" and that Colin Firth "gives a masterful performance" - both of which, I wholeheartedly agree with! I urge you all to go see it! 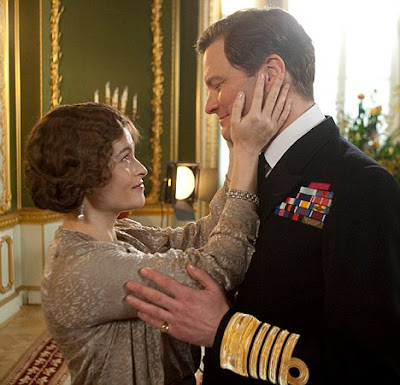 One of the challenges with making a film based on a true story is that the audience invariably knows what happens in the end. Film makers have to be able to keep audiences engaged with the story and the characters in spite of the "predictable" plot. But The King's Speech was totally absorbing and I completely forgot I was sitting in the cinema: somthing rather rare. The film provided a window into the world of the Royal Family and despite it's rather gloomy Pre-World War II setting it is ultimately uplifting and is very funny. 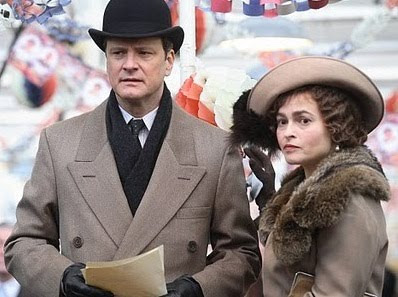 Colin Firth was utterly brilliant as King George VI (or "Bertie" to friends and family). His performance was stunning, with emotions covering the entire spectrum. Whilst watching you really felt for Bertie and the relationship with Queen Elizabeth was lovely, as was the budding friendship with Lionel Logue. 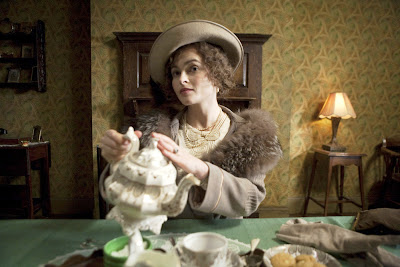 There was another fantastic performance from the wonderful Helena Bonham Carter. She was brilliant as Queen Elizabeth AKA The Queen Mum, adding a touch of humour. 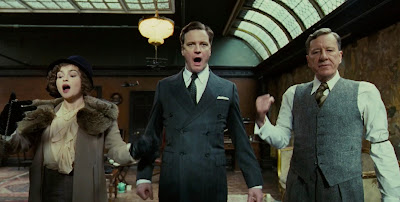 Geoffrey Rush was equally fantastic (despite the old ladies in the row in front of me saying at the end of the film "I didn't see Geoffrey Rush, did you?" I think they must have been a tad confused, because his role featured rather heavily I'd say! One might even say he was integral to the film, being the stammering King's Speach Therapist, Lionel Logue. Bless 'em!) and should any one of them be up for Oscars this year, then they will be thoroughly deserved!
Posted by Abbie at 11:06 5 comments: Links to this post

Time To Get Sewing - Making Dresses 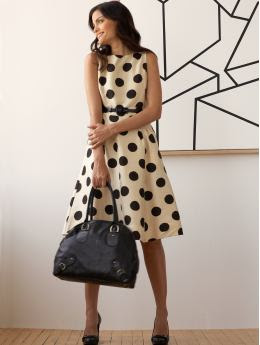 When I'm shopping for dresses there are certain features of a dress that seem to cause a blip on my radar. Mainly, I notice a dress if it's polka dotty! But also, I love a dress that has large buttons, bows, slouchy pockets, circle skirts, for it to go in just under the bust (the most flattering cut for me)... the list could go on. The only issue, however, is finding a dress that has all of the features that I love rolled into one garment. After seeing Katie's (AKA What Katie Found) gorgeous first attempt at making her own dress it dawned on me that I'm missing a trick here. 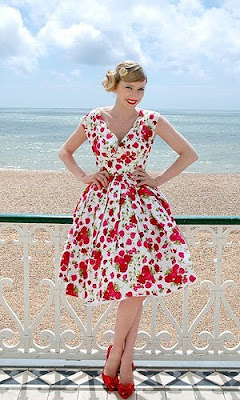 What I really need to be doing is to be putting my creativity to good use, get myself some sewing supplies, pick out my fabric and teach myself how to make dresses! That way I can get just what I want and make dresses that are made for me specifically! Being only 4'9'' I'm sometimes limited with what I can wear because the cut of more fitted dresses assume I'm a foot taller than I am and either come down to my ankles or don't fit properly across the back and the bust. But training myself up as an amateur dress maker would definitely solve the problem! I've just got to find the time and funds to do it now :D
Posted by Abbie at 05:54 6 comments: Links to this post