Well, it's official... I am part of a Guinness World Record! The largest number of pirates in one place. As part of the annual pirate day event in Hastings Old Town, and due to the overwhelming success of last year's event, the organisers decided to go for the record. I was part of it all and so were an astonishing 6166 other swashbucklers! That's also not including the 400 people that left the record attempt area before the allotted time was up, and the thousands of people that could not be allowed into the area as it was so full! There were easily at least 8000 pirates and the queue to be counted blocked the main road and continued back into Rock'a'Nore... 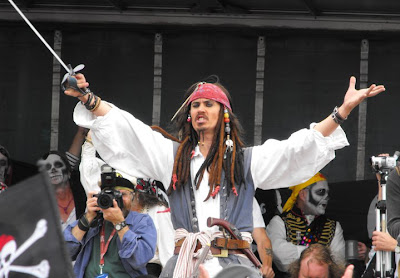 There were some pretty impressive costumes, and I was amazed at just how many people turned up and got involved in the pirate themed fun! It made me quite proud of my town, and I love it when everyone joins in on a big scale with special events. The pirate fun started mid-morning, and, for some of the older rum-swilling pirates, went on well into the early hours of the morning! 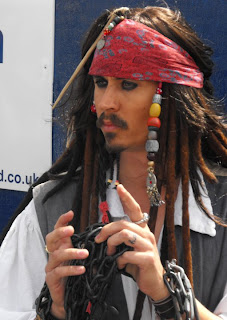 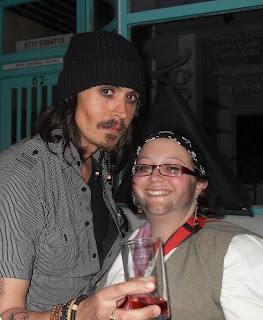 There were some Pirates of the Caribbean look-a-likes that performed throughout the day with sword fights and posed for photos. The Johnny Depp AKA Captain Jack Sparrow look-a-like was really rather good, he could quite easily have passed as the real deal! I bumped into the look-a-like that evening (out of his Jack Sparrow costume) and troubled him for a photo... (please excuse my pirate beard stubble... I think I get a little bit too into it all!) 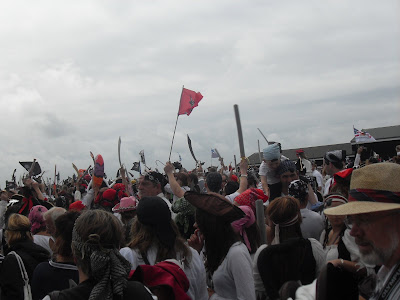 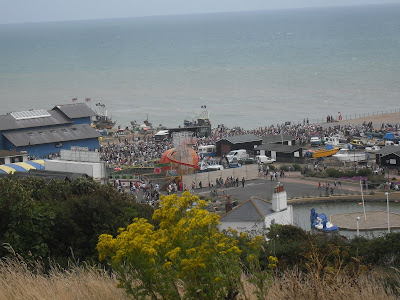 View of the world record pirate "holding pen" from the West hill
Check out some of my photos from the day!
Posted by Abbie at 00:31