Ticket Touting - why do us fans have to foot the bill?

Hello Bloggers, I thought I would interupt my usual cake, shopping, and crafts based blogs to blog about something that is a problem to all of my fellow gig-goers. If like me, you love attending gigs and music events, then the chances are you have come across the infuriating situation where tickets have sold out in 4 minutes only to see those tickets on ebay or other auction sites for ten times the original price.

Me and my younger sister - who is a huge Paramore fan - found out about an intimate, one off gig in London. Tickets went on sale at 9am this morning and we were both on the phone and internet trying to get tickets. To our dismay the tickets sold out in under 4 minutes. Don't get me wrong, I was expecting there to be a lot of competition for tickets, and that they would sell out very quickly, but what I did not want to see was those same tickets that I was in an online queue to buy, up for sale on ebay mere minutes later. The tickets were originally priced at £5, and within an hour the tickets on ebay were up for sale with multiple bidders at £430... and the price just keeps going up. When I started writing this blog the touted tickets were being bidded on and were at £370, and in about 15 minutes the price has jumped up by £60 - over ten times the amount of the original ticket. It would not suprise me that the tickets will be sold for a hundred times the original ticket price. Now tell me this, how is that allowed? and what can we do to stop this from happening? It has been a hotly debated topic and problem as long as there have been gigs and sporting events, and the way that things are going, it will continue to plague us genuine ticket buyers for a while yet. 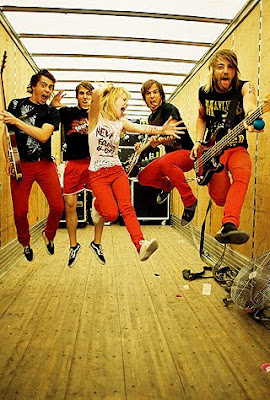 So what can be done?
Well to begin with, I would encourage you to sign this petition to urge the government to act in regards to ticket touting. http://petitions.number10.gov.uk/stoptouts/

Part of the trouble is that people do actually end up paying silly money on auction websites in order to attend gigs and events. I suppose, putting things very simplistically, if people just stopped buying the tickets from unofficial sources, the professional touters would not have a business. But of course, as long as there is a demand for tickets the touters will exploit that and use it as a means of making money. Plus, things are never as easy as that. 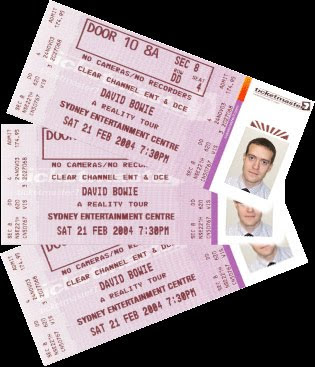 Glastonbury Festival has taken new measures to stop the ticket touting that had routinely robbed hundreds of people of their hard earned cash just because they want to attend a music event. All Glastonbury tickets have the buyer's name and photograph on, thus virtually eliminating the professionally touted tickets. The tickets are checked to ensure that the tickets have not been re-sold. Also, the buyers are limited to two tickets per person to prevent people from buying lots of tickets to sell on for a profit.
One of the issues that would arise if ticket touting for music events was made illegal would be what would happen with those people who genuinely need to sell their tickets on because they are no longer to attend the gig or their circumstances have changed? To help those people, ethical websites have been set up to allow fans to sell their tickets on without profit to other fans who still need tickets. But doesn't that just perpetuate the cycle? What is stopping professional ticket touters from cruising the "ethical websites", buying the tickets, and simply selling them on again at a profit? The internet has made the ticket touter's life very easy indeed and it is up to the music industry and government to find a way of avoiding this from happening. 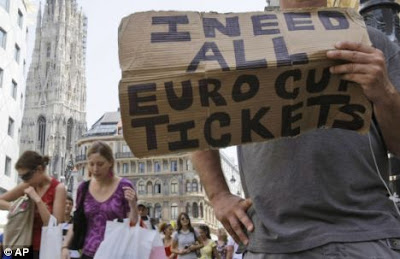 It is currently illegal to resell tickets for football matches. This measure was brought about to help control football violence, but it has also lead to the end of football ticket touting. So is making it illegal to sell on gig tickets the way forward? What I can say is that it is a very difficult problem to tackle. But if something isn't done about it soon, it will certainly put me off attending mainstream gigs and gigs where, potentially, the demand is going to outstrip the supply. Until the government and music industry can come up with an answer that actually has an impact, fans, promoters and performers will always have to foot the bill and face the consequences of touted tickets.
Posted by Abbie at 06:37